How are we already nearly 10 days into the New Year?  Wasn't it just yesterday that I was sweeping the dust of 2020 out my back door and opening the front door to let the new year in?

I had plans, plans to get back to blogging, plans to post more about what I'm knitting or thinking of knitting.  Maye even break down and do some of my own tutuorials for things that i feel I have a different way of doing things and then...

The first week of the new year was just as (miserably) eventful as 2020.

I can only believe that things will get better, less eventful, maybe even boringly normal at some point and while that point is not today, today is as good as any other to try and start doing some of the things I promised myself I would do once we put a lid on the dumpster fire that was 2020.

At the end of last year I participate, both as a designer and a knitter in the Indie Pattern Designers Gift Along.  With my "weakest" showing yet I knit three projects by other designers during the 6 week event.

First up were a pair of socks for TOB.  Finally I found a colorway that had (albeit small stripes) the "right" green in it. 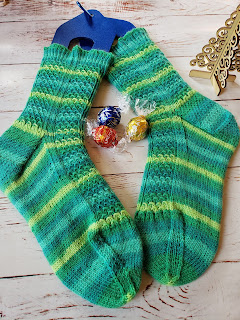 Like Froot Loops on a Hot Dog by Allison Janocha...(that's a Ravelry link, so be careful if you have problems with that site) in Knit Picks Felici (the colorway is Aquarium and the stripes either side of the yellowest green are the "right" green!) 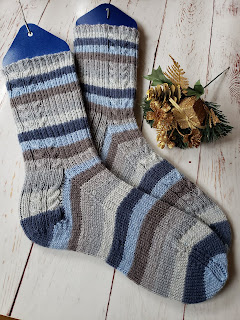 Oberon by Kate Poe (again a Ravelry link...be warned!) again in Felici, but this time in Baker Street for the Sherlock fan TFB.  It made a change to not knit his socks in red! 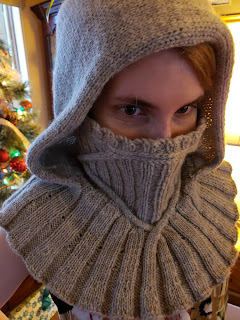 My final GAL project was supposed to be for me...A Knit for Nott by Christy Furlan (you guessed it, another Ravelry link) in Knit Picks Wool of the Andes in the "goes with anything" colorway Dove Heather.  (Of course, it's be stolen now, so I will have to make another one if I want one!) 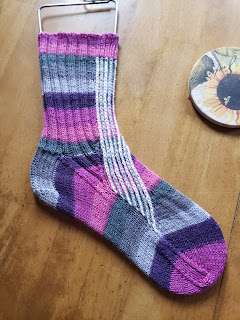 In non-GAL knitting I finished a variation of Rainbow Wanderer socks by Rachel Ferguson (sorry, it's another Ravelry link!).  This time instead rainbow colors wandering across the sock, the sock is striped and grey and the palest pinks traverse the leg and foot of the sock.  (As you probably guessed by the color, these were for TDQ.)

There were other projects in the works as well...some shawls...some socks...but those will wait to talk about until another day.

Until next time, whenever that is...

Find Peace and Comfort in Knitting!

If you are a fan of The Dresden Files books, you already know the name, but for those who aren't... Lasciel, also known as the Seducer, ... 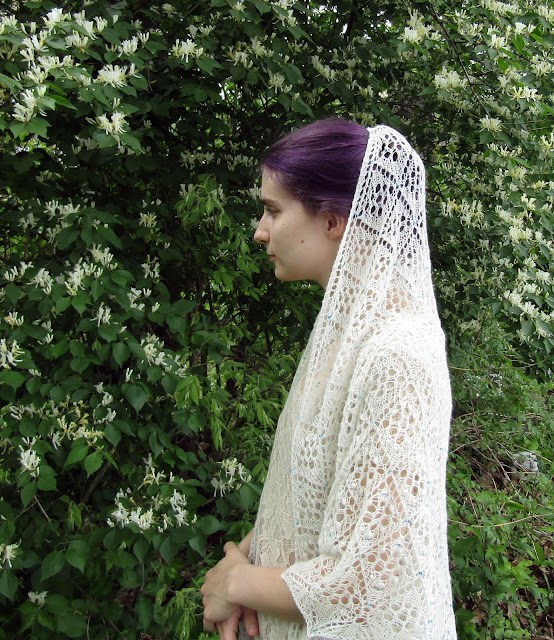 My Patterns for Sale on Ravelry

Mary
Working through my stash of yarn and sneaking new stuff in when I can :)